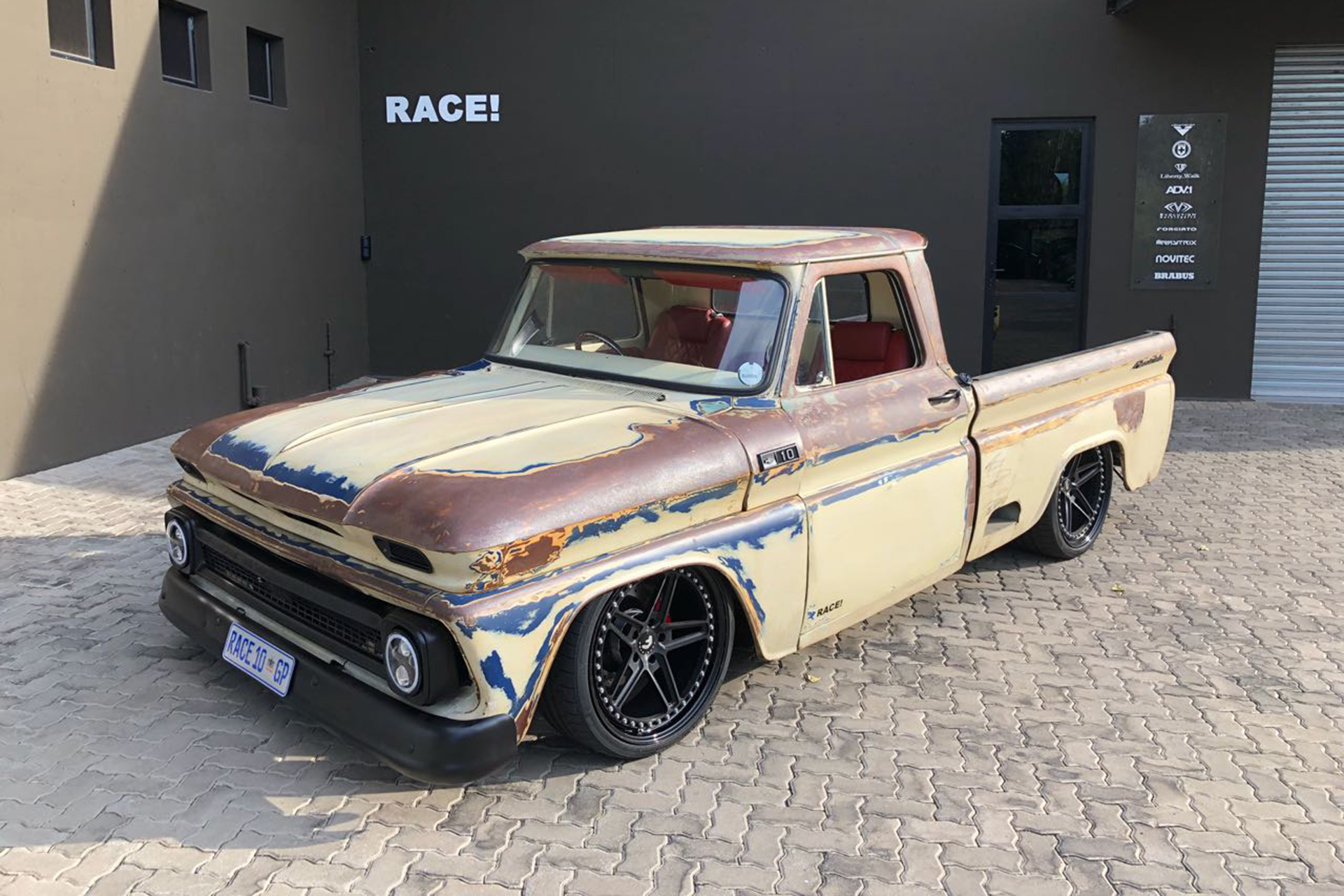 Somehow, the patina’d movement became popular and since then, the theme has shown up on hundreds of builds. Some people attribute Gas Monkey Garage with kick starting the phenomena as they are famous for spraying clear over old patina and calling it a day. With this method, you essentially seal in the awesome custom paint job provided by mother nature.

Most builds with this particular motif are deceiving as they may look old on the exterior but have significant work under their weathered shells. This first-generation C10 from South Africa is no exception as it is built in full Pro Touring spec. The team at RACE! created a masterpiece that anyone could appreciate as it can outperform most vehicles on the autocross track while maintaining a badass, vintage aesthetic.

Wheel selection on a vehicle such as this is tricky. A truck with this unique look could be completely ruined with the improper rim selection. Too shiny and the C10 ultimately looks like something the hot rod crowd might like – a.k.a. your grandpa. Too big and most will put their noses up in the air and scoff as the additional rotating mass negatively affects the performance, thus deeming it a trailer queen. Thankfully, RACE! got it right on the money with the footwear selection. They went with a set of Forgiato wheels from the Formula Series. The Formula Series is Forgiato’s ultimate performance wheels and perfect for a truck like this.